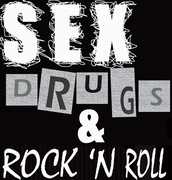 Sex and Drugs and Rock and Roll

Sex and Drugs and Rock and Roll is the 2009 film of the IAN DURY story starring Andy Serkis in the role of the punk legend. The film follows the rise to fame of IAN DURY following a personal battle with the debilitating disease polio, and the after effects of fame on his relationships . The title of the film is derived from the classic 1977 hit the phrase that it spawned - "Sex and Drugs and Rock and Roll".

RSVP for Sex and Drugs and Rock and Roll - Talkies Community Cinema screening to add comments!

Started by Collage Artspaces in Events and Activities 11 hours ago. 0 Replies 0 Likes

Fancy a Covid jab? Here are all the free walk-in vaccine sites open in London this month - City A.M.