The Met - The Conversation 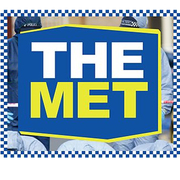 “The Met – Policing in London” is a BBC Documentary which followed and filmed Police Officers as they worked across the capital, including Haringey.

Elizabeth is the Chair of the Selby Trust in Tottenham. She is the former Director of ROTA (Race On The Agenda) and Worked for the government in establishing public focus groups to assess 'public perception of policing post the Stephen Lawrence Inquiry’.

Refreshments will be available.

This event is led by the Metropolitan Police and hosted by The Selby Trust.

RSVP for The Met - The Conversation to add comments!

Started by Anna Jenkins in Community News and Information on Tuesday. 0 Replies 0 Likes

Started by James Cowling in Events and Activities May 19. 0 Replies 0 Likes

Started by Daniel Cowan in Community News and Information May 12. 0 Replies 2 Likes