North London Brass will be performing 1940s classics in the bandstand at Broomfield Park, Alderman’s Hill, N13, this concert will begin after the national two minutes silence being held as part of the Remembrance Service at the Cenotaph in Whitehall to remember the millions who who died during World War Two.

“On 8 May 1945 the people of Enfield, along with millions of others throughout the country, celebrated the end of World War Two in Europe.

“Music filled the streets in celebration, so these events are to capture that feeling of joy that came at the end of more than five years of conflict, and also to remember those who lost their lives and the fortitude of the everyday men and women who lived through one of the darkest periods of the world’s history.” 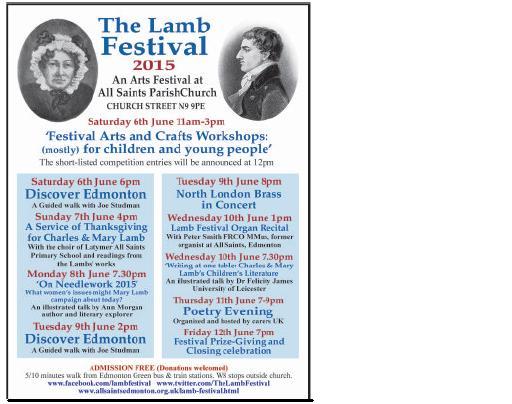 If you enjoyed listening to North London Brass in Concert at Broomfield PArk , make a date on Tuesday 9th June at 8pm as part of the Lamb Festival 2015. Admission Free (Donations welcome)

Started by Collage Artspaces in Events and Activities 16 hours ago. 0 Replies 0 Likes

DOES ANYONE HAVE ANY B GREEN CAR PARING PERMITS FOR SALE PLS?