Memories of London's water fountains for a book about drinking water

Emma M. Jones MSc (Authors' Foundation Award Recipient) is asking for help on this. Please see her attached poster and contact her direct if you have any information/reminiscences about Drinking Water Fountains in London.

This post from Lesley reminded me that we have a couple of unused historic drinking fountains locally. One is on on the High Road outside the former Fishmongers Arms (now the Police Safer NeighbourhoodsTeam office).

This is a rather derelict bit of history - but in its heyday must have been quite grand. The structure combines a water fountain with a cattle and horse trough. On the street side the drinking water emerged into a pink granite bowl - and even features a dog drinking bowl at pavement level. The reverse is a small granite cattle trough with the Inscription

"METROPOLITAN DRINKING
FOUNTAIN AND CATTLE TROUGH
ASSOCIATION" across the front.

At the top of the structure It has a very fine carved detail of what look like a Devil which I presume used to be the way the trough was filled. 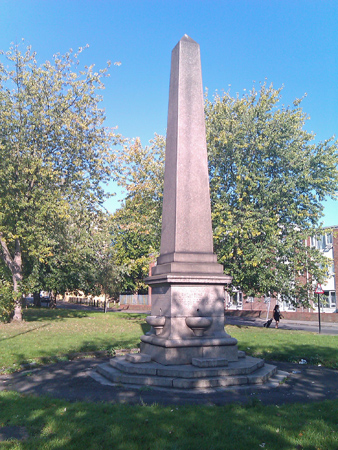 Just around the corner in Trinity Road is the tall obelisk which has the visible remnants of four drinking bowls - one on each face. There are biblical references to "Temperance" on the stone work.

This structure is dedicated to the memory of local philanthropist Catherine Smithies (1785-1877), who founded the Band of Mercy animal welfare group which later merged with the RSPCA.

She was one of the family that occupied Woodside House - in Woodside Park.

Interesting that both our local water fountains are situated outside pubs - looks like there may have been a link with with the Temperance movement?

However there is a new and growing social movement now trying to re-instate public drinking fountains; this time it is more of an environmental than moral crusade.  Find A Fountain is a campaign that wants to reduce the environmental damage caused by disposable plastic bottles.  To do this they are encouraging people to drink more water from fountains  and attempting to increase the number of free water sources across the nation and make them easier to find. See the london map online.

Permalink Reply by Kevin Harris on September 29, 2011 at 20:13
It might be worth pressing for new drinking fountains to be designed and installed too. There's potential for increased social interaction - if you stop to take a drink, you're more likely to have a civil conversation with someone else at the time. Communal resources (like this website) have social spinoff benefits. One cause of the decline in neighbourliness described at the end of the medieval period was the decline in communal ovens in the towns of europe... er, wouldn't it be fun to have a communal oven where you took your dough to be baked, and encountered others? (Someone's going to tell me there was one in Haringey somewhere?)

I was looking into the obelisk myself this week and found this report on Haringey's Historic Street Furniture which sheds some light on our disused drinking fountains and other monuments:

Interestingly, it says that the obelisk was moved to the site outside the pub in 1904 - but was originally erected in 1880. This website quotes from Cassell's "Greater London", 1898

Since the establishment of  the Alexandra Palace, and the formation of a railway through its centre, Wood Green has become quite a busy town, built round the large open space which was once a green, and fringing the Southgate Road.  In the centre of the Green is a drinking fountain, surmounted by a tall granite obelisk; it is inscribed to the memory of Mrs. Catherine Smithies, of Earlham Grove, Wood Green, the founder of the 'Band of Mercy' movement.

As an aside, If you read on, I was amused see that apparently, Mrs Smithies nicknamed her neighbourhood 'Mud Green' owing to some terrible weather at the time. 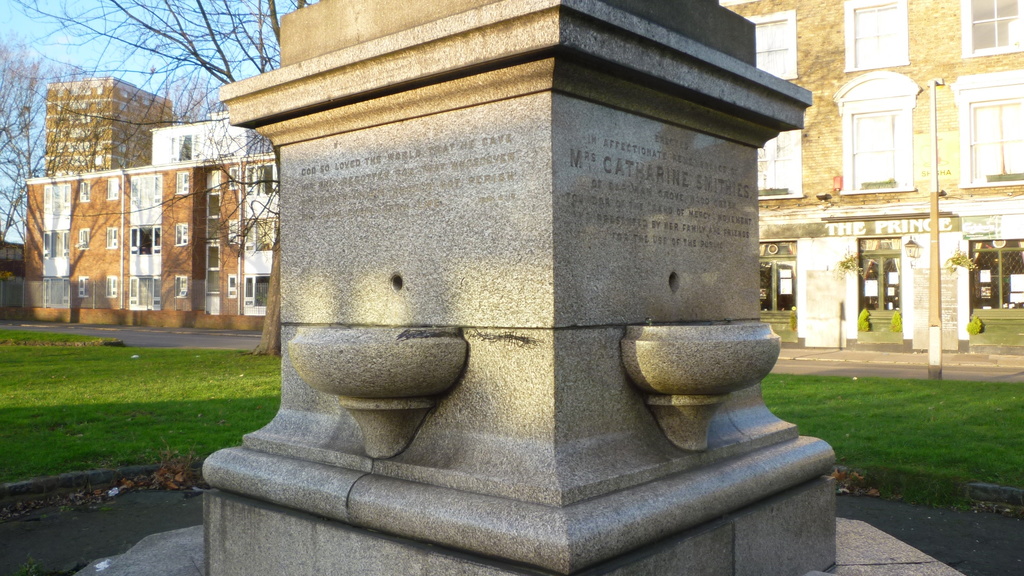 Started by Collage Artspaces in Community News and Information 15 hours ago. 0 Replies 0 Likes