This year, 2015 marks the centenary of one the best known illustrators you have probably never heard of… Yet anyone growing up in the 50s, 60s or 70s is likely to recognise the images of Robert Norton Ayton even if you do not know his name.

Robert Ayton was born in Russell Road Bowes Park during the Great War in May 1915 the second of four sons of William and Mabel Ayton. At that time Bowes Park was one of the newly emerging north London suburbs – after the end of the first World War the family soon moved to Wembley, again an up-and-coming suburb, part of what John Betjeman would later label “Metroland”.

Ayton completed his studies at the Harrow, School of Art, St. Martin's Central School and Hammersmith School of Art. He found work as a commercial artist in a London advertising agency where he worked on campaigns for Rolls-Royce and Castrol creating numerous illustrations of cars, boats and aircraft.

After serving in the Second World War, Ayton returned to work as a freelance illustrator.

Amongst his commissions was Eagle Comic, Ayton d 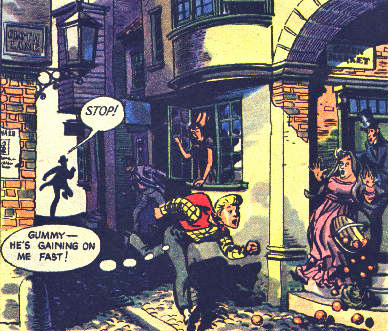 rew the Jack O'Lantern stories for nine years almost 250 weekly episodes of a strip which featured a young orphan in early nineteenth century London named Jack Yorke and his adventures with spies, soldiers, escaped prisoners and a gruesome hangman during the Napoleonic wars. His artwork for Eagle did more than just illustrate the story - he included lots of period detail and  additional interest in his drawings.

In 1960 he was commissioned by Ladybird Books (also making a centenary this year) to provide the illustrations for The Story of Flight (Ladybird series 601).

Ayton went on to illustrate fifty titles in total for Ladybird, creating, images for a diverse range of subjects, with accuracy and attention to detail.

Other titles include several subjects that encouraged his young readers to get involved in creating their own activities including The Ladybird Book of Toys and Games to Make … and a personal favourite of mine The Ladybird book of Tricks and Magic. 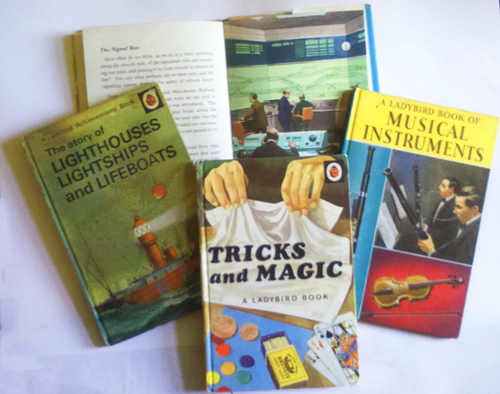 Ayton's working method is revealed by his nephew Rupert who has written about being the subject of his uncles illustrations.

This image (right) from Aytons "Toys and Games to Make" was modelled by his nephew Rupert who posed for a photograph - which Ayton then turned into a lifelike colour illustration.

Labybird books are fondly remembered by those who learned to read using them - Peter and Jane, Shopping with Mother and the Party among others.

Much has been written about how the Ladybird books presented an idyllic and perhaps outdated view of suburban, middle-class Britain despite the significant social changes that happened in the post second World War period, yet the illustrations depict the world in which Robert Ayton - and his contemporary illustrators - were brought up in.

Ayton later taught illustration at the University of the West of England and joined an artists group called the Bristol Savages before his death in 1985 at the age of seventy. Robert Ayton was a popular illustrator and artist with the Eagle Comic and around 50 volumes for Ladybird Books, he imagined created and recorded a set of visual images that typify the times and places of his childhood.