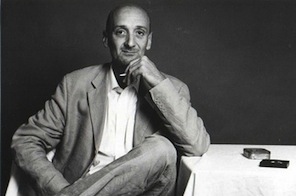 Peter is a London obsessive….if he doesn’t tell you that within five minutes of meeting him it will soon become clear. He can’t remember the last time he travelled outside Zone 4, doesn’t watch television or films and has no time for reading fiction or the newspapers, although I reckon I could get him with the Evening Standard or the Ham & High. Everything Peter needs is right on his doorstep….London is life.

Born in South Africa, the love affair began on his first visit to London when his grandfather took him to Piccadilly Circus and told him “this is the centre of the universe.” He fell in love and there began the dream of a London life…

Many visits later he finally settled in a shoebox in Pimlico. He worked in education and youth work management but he decided on a big career change and enrolled at Westminster University to train as a fully qualified City of Westminster Tour Guide. He has now been an official guide for around 18 months but has been showing education groups around London for approximately 14 years.

“On the course there were professionals from all backgrounds – solicitors, doctors, cabbies – and we all agreed it was the hardest course we’d ever done. It’s not just learning about London, that’s the easy part, there are so many elements to juggle. You could fail ignoring a green man crossing the road.”

He passed with flying colours and now Peter’s public walks are award winning and include The Seven Noses of Soho, Oddities of The Strand and, most recently Bizarre Bowes Park.

“It’s funny but most of my guests are Londoners and I get an awful lot of cab drivers so the challenge is to show them a side that they wouldn’t spot themselves. The idea behind being a guide is that people are buying local knowledge and wanting to be shown something you wouldn’t have found yourself.”

“Absolutely! It’s the idea that you could open up a map of London, throw a dart and you have a book, a walk, a TV Documentary right there. You could start a tour from any tube or train station in London. Like anywhere else, Bowes Park has a story to tell and the mix of local residents and people from outside the area shows just how rich it is.”

As well as his popular walking tours Peter writes a fascinating blog about the things he discovers travelling around London – everything from historical curiosities, architecture, vintage photos and new exhibitions to street art.

He also has a Facebook page with hundreds of vintage pictures of London, many which haven’t been seen anywhere else, alongside modern pictures he has taken himself. Again, it’s the quest to publish and display things you wouldn’t see anywhere else.

Asked to name the three most influential figures in modern London’s history, he cites Wren, Churchill and the architect and masterplanner Terry Farrell. I raise an inquisitive eyebrow to the latter.

“Farrell is the modern architect who has worked with the most passion and sensitivity for London’s past. He really gets under the skin of how London works and builds structures that fit in and complement London’s history.”

His favourite London era is the blitz in Second World War, where London showed its resilience, shared values and community spirit. Churchill’s single minded determination to preserve the icon of London, St Paul’s, at any cost weighs heavily in his thinking.

“London always responds to adversity whether it was 7/7, deep recessions or the IRA bombings. But during the blitz that was the time that encapsulated the bloody mindedness most. We’re London, we’ll put things straight!”

And for a man who can’t remember the last time he travelled out of Zone Four, his favourite part of the city gets right to the heart of London.

“Soho, without any doubt. It’s the most diverse, accepting and vibrant part. It’s also the quickest changing but there is also a sense of continuity. So you’ll have a family business that has been going since the 1930s alongside a new pop up store selling video games that will be gone next week. Every time I visit I see something new.”

This week Peter will be at The Step to begin a series of Discovering London talks with the first subject “London As It Might Have Been.” He remains reluctant to give too much a way but I manage to eek out a teaser.

“We’ll be looking at a mad cap Victorian scheme that would have destroyed most of Central London, some crazy transport schemes that make Boris’ new airport look straight forward and a very serious attempt to turn the Thames tideless. I’ll be bringing along original planning documents, maps and pictures – it should be really good fun.”

As we draw to a close, I ask him to imagine how London might be in 100 years time.

“Since Victorian times London has been a place of tolerance and acceptance – the streets might not be paved with gold but it has always been somewhere to make a fresh start and to make your mark. At the moment we are seeing more and more people from Spain and Portugal settling here and that will be very interesting.

“But you can’t say for sure what it will look like because London is always changing and reinventing itself and it never fails to surprise. It’s a world city, a trendsetter and a microcosm of what is happening on the planet – everything you could ever want is right here.”

Who needs a passport, when you’ve got a Zone 1-4 travel card?

Peter Berthoud launches a series of Discovering London talks at The Step this Thursday at 12noon with London As it Might Have Been. Click here for more details