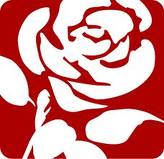 From Bowes Ward Labour Councillors website: The Tories are being incredibly dishonest and treacherous to our borough, pretending that they are on the side of the angels when they are the ones who let things deteriorate so far in 2009 (when Barnet was left off the hook; and when the Pinkham site was actually purchased). They have created a situation where - unless we can find alternatives - either Pinkham goes through or the deprived communities of Edmonton get dumped on again. Both solutions are morally and ecologically wrong.
Your councillors have always refused this false choice.

Come on Wednesday and stop the Tories from skewing the argument under a smokescreen of phoniness. No to Pinkham Way, no to Edmonton, yes to Barnet. It's time to get affluent Tory supporters to assume their ecological responsibilities. The rest is a smokescreen.

RSVP for Come to next Wednesday's Council meeting to hear Pinkham Way motion to add comments!