After the terrific success of the "Team GB" Olympic cycling and Bradley Wiggins' success in the Tour de France, much has been made of the facilities at the Herne Hill cycle track where Wiggins learned his craft. Herne Hill is the only venue from the 1948 London Oympics which remains in use - although it is about 120 years old.

If things had turned out differently Wood Green could have provided the cycling facilities - a track from a similar era was opened in 1895.  The Wood Green Cycle Track was part of the North London Cycling and Athletics Grounds located south of Bounds Green Road in the area now covered by Northcott Avenue, Cornwall Avenue, and Braemar Avenue.

The development was financed by A W Gamage, proprietor of the famous Holborn Department store and a resident of Muswell Hill.

This photo from 1896 shows the start of a 24 hour race. In the background the grandstand (seating 1,500) is visible, further seating and terracing around the eight-foot banking at each end of the track meant the site could accommodate up to 15,000.

Many innovative events were held at the track including a 24 hour race, a "Daisy Race" contested on tandems by mixed men and women teams, Cyclist vs Runner races and at Easter 1896 Britain's first outdoor ladies race (Britain Vs France).

The cycling track had a short-lived period of success with the land going for housing development in the early years of the last century. How different it might have been if our local track had remained in use as a venue for the 1908 and potentially 1948 London Olympics. 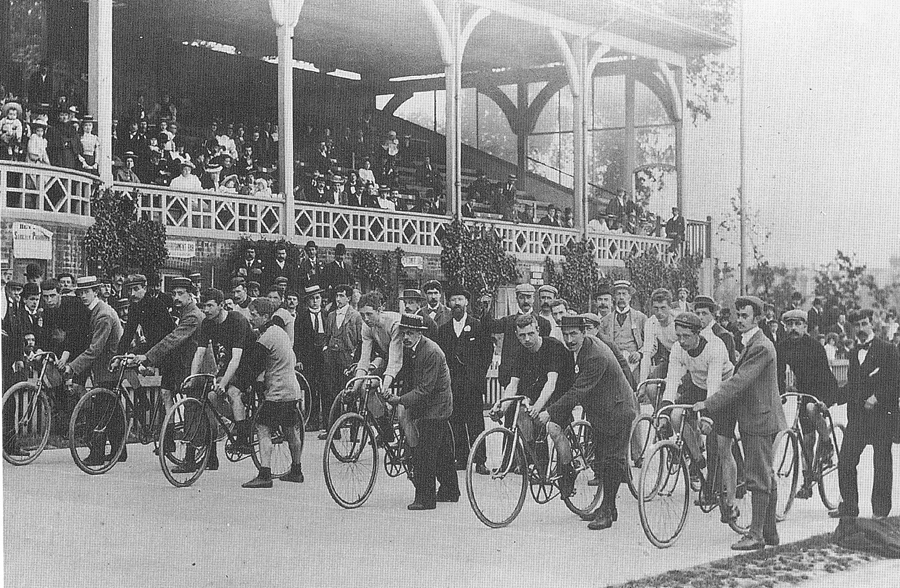 Fascinating, thanks for sharing the photo and info Richard, love the old bycycles with the single fixed gear and no brakes, wouldn't chance those on Bounds Green Road now!

Support a Cinema and Arts Hub in Palmers Green

Started by Cara Mc in Community News and Information. Last reply by Alison M 4 hours ago. 1 Reply 1 Like