As i do not have access to the structural calculations; as a Chartered Engineer I did NOT suggest that there was any flaw in the design !

I have suggested and asserted that any residents' opinion at the outset that it was a simple case of just inserting one or more new (replacement) pins without the use of heavy lifting equipment and CARRIAGEWAY CLOSURE would have misunderstood the situation.

Peter goes on to write:

May i suggest an alternative wording for your comments

Whatever the case, TFL really needs to be made to publicly identify the mode and responsibility for the failure and identify the timescale and necessary funding stream to effect a solution?

I would surely agree with you, but unless the issue has a "political" profile, the problem would probably be at the low priority end of jobs for those TFL Officers responsible for structures, bridges and tunnels and their contracting colleagues. Obtaining the identical replacement pins may be of a few GBpounds in value, but the cost of research and setting up the necessary traffic management......Refurbishment work on Lea Valley Viaduct and water penetration into the Fore Street tunnel would surely look better on an engineers CV ....both projects helps the motorist 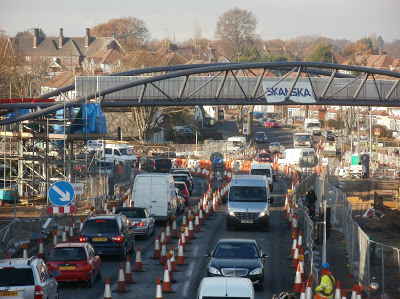 Thanks for your support and your comments; interesting to read an Engineer’s views on the situation.

As a designer myself, I would expect that consideration for all the root causes you listed would have been highlighted in a Design Failure Mode Analysis by the Architect/Engineers prior to erecting the Bridge and included in their design/ structural calculation / simulations.

Surely this is not the first foot bridge that has been built this way, or by the contractor?

I hope that the cause is just a faulty pin and although a root cause analysis would now need to be carried out to ensure there’s nothing major happening or likely to happen in the future, it’s just frustrating for residents/users that it has taken so long!

My main concern is anything that encourages our children to cross the North circular at road level is dangerous; the accidents we have witnessed on Bowes Road over the last few years have been truly shocking. I am sure it will get a “political” profile if/when another accident occurs.......... but I really hope it never does!

For your info I receieved this polite response earlier today:

Thank you for your email about the footbridge at Bowes Road/Wilmer Way.

I apologise for the delay in responding to you. I have had a response from our team who deal with Tunnels and Structures of this nature. They have advised we have now instructed further investigations on the cause of the problem with the pins with the LoHAC contractor for this area, which will aid any potential claims TfL may wish to pursue at a later date.

There will be a design to remedy the problem to follow very quickly after. This is a priority scheme with the LoHAC team and the brief stipulates completion of the repair works this financial year 2015/2016.

The safety of the public is not at risk in the meantime because the stairs are closed, but access can still be gained via the ramps.

The lead project manager for this is Nicola Head. If you wish to contact Nicola or ask any further questions please reply to this email and we will pass these on to her for a response.

Thank you for taking the time to contact us. Please contact me again if you need any further assistance, or if you would prefer to talk to us about this matter, please call us on 0343 222 1234.

Thank you Matthew for providing this information. It would seem that TfL have at last been prodded into at least providing an update,  Albeit this is a priority scheme with completion of the repair works this financial year 2015/2016 (ie 31st March 2016)

"we have now instructed further investigations on the cause of the problem with the pins with the LoHAC contractor for this area, which will aid any potential claims TfL may wish to pursue at a later date.

Looking at the web site for LoHAC, the Green area on the image: 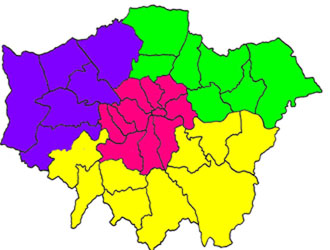 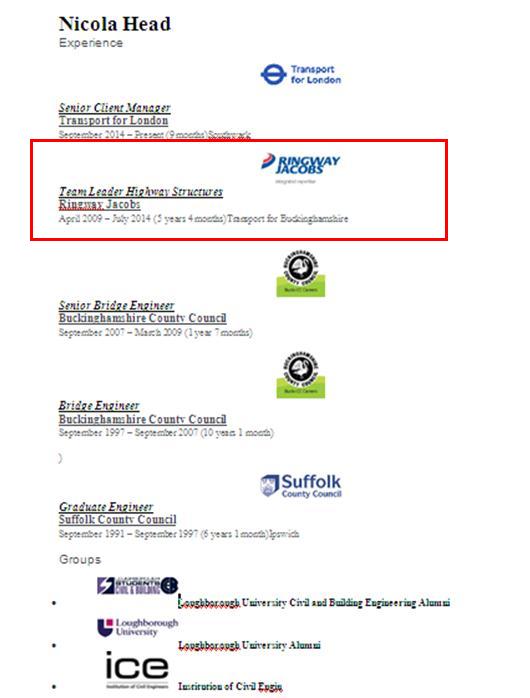 Thanks all for all the investigations into this. So would I be correct in assuming that the stairs on the bridge could be closed for up to two years (they were first closed in April 2014 and may now not be open until April 2016)? And the mooted date of March 2015 for getting the repairs done has been and gone without anything happening at all?

Notwithstanding the debates about inconvenience to motorists this is surely unacceptable given the importance of this bridge for the many schoolchildren and other pedestrians who cross it daily? Given the opening of the new Bowes nursery provision and primary classrooms opening at Bowes in September of this year this will cause even more inconvenience, as 2/3 of the people using this facility will come from the south side of the north circular. I appreciate that the bridge is passable but also know that many people, particularly school children, use it much less now the stairs are closed, increasing the risks of serious accidents or deaths which were the reason for the bridge being built in the first place. The email from TfL, while polite, makes no explanation or apology for the delay and I think two years is an unacceptable amount of time for the problem to be resolved. Any suggestions on the best way to make a complaint?

I am sorry to say the bridge could be closed for quite some time - just let loose the "boffins" at TFL etc with their slide rules, computer projections, stress calculations, sunspot detectors, endless meetings ........ and more importantly OUR MONEY then they can drag it out as long as they like, and it may have just been a simple case of vandalism.

They just went dead quiet when it was closed off which started all the speculation about attempted suicides, then it was "we are on it dont worry" and here we are thirteen months later no nearer with more B.S (pardon my language) that the bridge has moved and they cant get the pin back in without heavy lifting equipment - i may poke my nose in to see if they are fibbing to buy time, whos up for more photos?

To give you an example of the same sort of thing, when they "improved" Telford road there was a spike in accidents and I mean massive spike at the Milton Grove entrance/exit, that also fell on deaf ears until the Trinity at Bowes meeting when the subject was bought up in front of our MP and councillors much to the embarasment of the TFL man who claimed he knew nothing about it and said he would look into it.

Now they have removed a lane at the spot - so Louca your probably right two years is a conservative estimate for the repairs, the only way for them to make it a priority would be, I am afraid somebody getting hurt.

i may poke my nose in to see if they are fibbing to buy time, who's up for more photos?

I have already drawn Joanne McCartney's (Enfield Haringey AM) attention to the reply from Caroline Ashby .....Interestingly this only came about after suggested political prodding using a well directed tweet at Managing Director level.

..To give you an example , .....[the subject] also fell on deaf ears until the Trinity at Bowes meeting when the subject was bought up in front of our MP and councillors much to the embarasment of the TFL man so take the opportunity of personally attending and putting questions to local councillor Daniel Anderson, LBE CABINET Member for Environment  at the Southgate Green Ward open meeting on 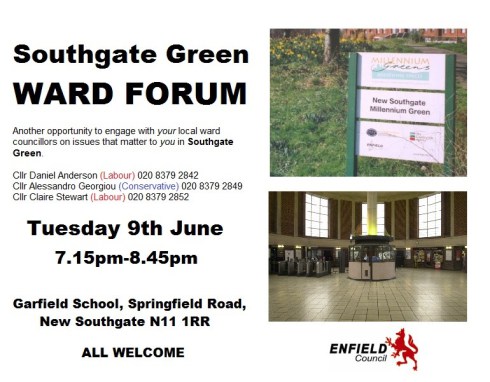 Please forward any items for the agenda by next Monday 1st June to cllr.daniel.anderson@enfield.gov.uk.

I've emailed and tweeted Cllr Daniel Anderson as suggested, summarising the concerns raised in my last post, and received the following response (cc'd to Joanne McCartney):

"I agree it is unacceptable and this has been made clear to Transport for London and the Mayor for London himself whose responsibility it is. Joanne McCartney, the GLA Assembly Member for Enfield & Haringey, who I am copying in, has raised this directly with Boris Johnson himself. Alas, so far, this has fallen on deaf ears.

So no new developments but I suppose at least we're keeping the issue on the agenda. Whether Boris' ears will continue to be deaf I cannot say but I will post again if I hear anything further.